Getting yourself from A – B (safely)

Although driving a car is part of our daily routines, road crashes are the largest single cause of accidental death for people aged between 5 and 35. Comparing that to incidents recorded via other forms of transport, for example by train or plane – it’s by far the deadliest way of getting around. After looking into 10 years of raw data, from 1999-2010, we found some pretty random places with a high number of incidents across the UK. Now, this isn’t to put you off getting in the car. This is to give you an idea of where to be extra careful when driving on our roads and a few of the common reasons behind incidents in GB. If you’re interested in finding out how many incidents were in your area from 1999-2010, simply follow the link here. 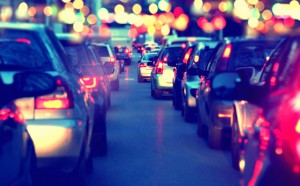 It’s not surprising our cities had the highest number of recorded fatal incidents, which is something most people would presume. As the population numbers rise, more incidents are likely to happen. And therefore, we looked into the highest risk areas.

As the numbers increased in and around our cities, we began to question why there’s a substantial difference to these areas compared to the countryside. It’s evident that dense traffic is going to have an impact on the high number of collisions but that can’t be the only reason. It’s probably too obvious to point out that everyone wants to be first in line when driving through heavy traffic, and due to this, people are more likely to drive through red lights and squeeze in the gaps – causing those ‘bumper-to-bumper’ incidents. If people are visiting our capital on vacation, they’re probably going to have a map or satnav which can be just as distracting as a mobile, especially if you don’t know the area. That said, it’s probably worth mentioning that if you’re tired behind the wheel then the chances of having a crash will increase twofold. It’s not something people consider as a threat but after a long journey, you may be sleepier than you think and at your own risk of causing an incident. So next time you’re planning to drive through one of our cities, or if you live in one, make sure you remember to look out for the crazy drivers rushing around and it’s important to take a rest or have a nap if you’re feeling tired whilst driving. 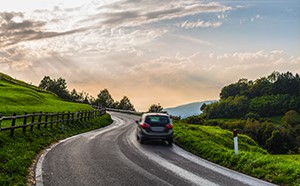 We looked into the smaller towns and villages to discover there are several hidden hotspots across the UK to look out for. For example, Flintshire in Wales had 95 fatal incidents recorded from 1999-2010, which we certainly didn’t anticipate.

Almost 300 injuries were recorded in the Flintshire area in 2014-2015 due to collision, however only 5 of these were fatal. So the number of deaths in the area dropped 50%.

This is just one of many small areas in Britain that have come up as slightly higher than expected, however our question is why? Higher numbers were recorded in these areas across Britain due to loss of control. Mainly down to the higher speed limits and the more winding nature of rural roads – causing drivers to spin out of control and research shows that people tend to travel too fast for the weather conditions too. 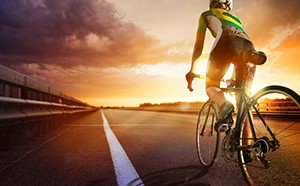 Almost 75% of cyclists are killed or seriously injured near or at junctions (T-junctions are the most commonly involved.) Research also suggests that roundabouts are highly dangerous for cyclists on the road. More incidents happened on higher speed roads, which isn’t surprising as many cyclists tend to avoid slowing the traffic up, and in turn – go too quick, causing incidents. Almost 50% of incidents are fatal in rural areas of the UK. 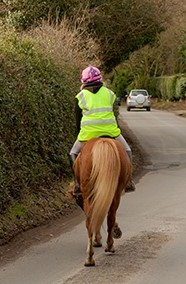 One causational factor to consider in rural areas is through horse riding. Research shows there are over three million horse riders in the UK, the majority of which ride on our roads.

Many riders prefer not to, as it can scare the horses but they often don’t have a choice as they have to get to off road locations.

Although a lot of drivers may not agree, horse riders do have the right to ride on the road, and both are liable for their own safety. Horses are extremely powerful and it doesn’t take much to frighten them.

Specific stats for incidents regarding horse riding aren’t available, but the British Horse Society estimates a whopping three thousand incidents happen every year, about 50% of which are on minor roads. 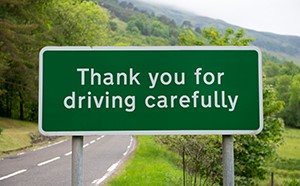 The area in Great Britain with the highest number of child casualties (2010-14 average) is Blackpool. This is followed by Hyndburn and Blackburn with Darwen. Statistics show the least child fatalities happen in the Isles of Scotland, such as Eilean Siar and Orkney Islands, followed by North Warwickshire, Lincoln and Corby in Northern Ireland.

Our safest locations in the UK

It was interesting to find that Northern Ireland and the majority of Scotland (apart from Edinburgh and Glasgow) had very low numbers of recorded incidents.

However, it’s not all doom and gloom for England as the number of fatal incidents dropped by 92% on the A404 between Amersham and the M25 due to improved road markings and cat’s eyes.

After taking a closer look into our top incident prone areas across the nation, we’ve come across fundamental information to get you thinking of your own safety on the road. It’s important to consider ways of avoiding these incidents from happening again in future – so we’ve provided some road safety references below.