Robert Groves’ inspiring story and genuine aspiration to make the world a better place has seen him undertake a series of epic challenges.

Nextbase was proud to partner with Rob to support him on his latest feat, the Coastline Challenge 2017, which took place in July.

The Coastline Challenge saw Rob, who was partially paralysed in an incident ten years ago, hand-cycle 2,500 miles along the English coastline in a mission to encourage conversations about dying oceans and climate change. Taking 27 days, it is the first time a disabled hand-cyclist has ever undertaken and completed such a challenge.

Nextbase supplied Rob with a 412GW Dash Cam to ensure his support vehicle was able to capture high image quality videos of him hand-cycling through beautiful British countryside and along some of our stunning coastline. 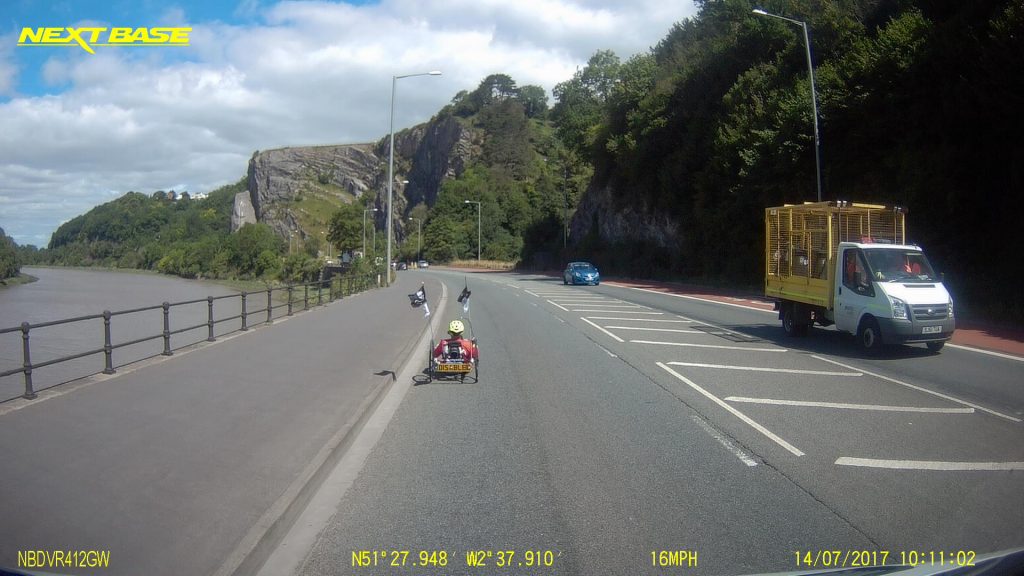 The Coastline Challenge started from Brighton pier on 2nd July and ran through to 28th July, when Robert cycled through London. On arrival in the capital, Robert received the honour of an escort from police and paramedics on bicycles and will receive a special award at the HQ of the NHS cycle response unit on 11th October. The challenge finished at No.10 Downing Street, where Rob handed PM Theresa May a petition supported by over 109,000 signatures, asking the Government to put greater emphasis on educating children about climate change and the need to save oceans and beaches around the UK from pollution.

The 2,500 mile-long challenge is just the latest in a string of many other impressive achievements for Rob. He has hand-cycled from London to Brighton and taken part in 24 hour endurance race at Thruxton Motor circuit, in which he qualified for Ride100, a race across America earlier this year. He also hand-cycled 600 miles from Scotland to London in November 2014. Through these and many other undertakings, Rob has raised a total of over £12,000 for charity. 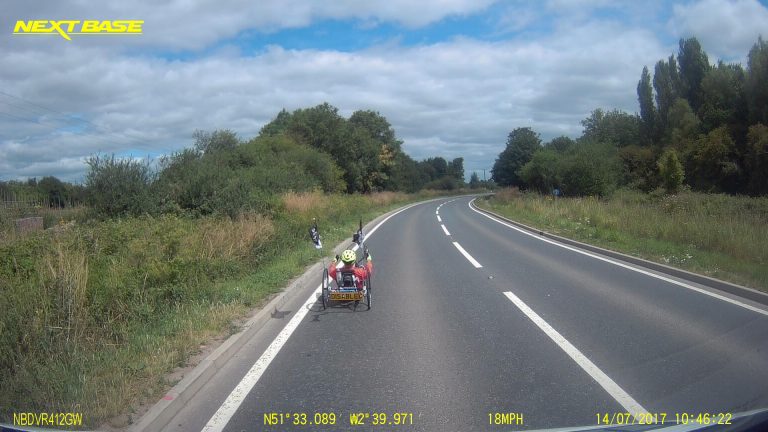 After the success of the Coastline Challenge, Rob is already planning his next adventure. In May 2018, he will start his next challenge – Quest4Hope – the most epic of his endeavours to date. Quest4Hope will see him hand-cycling an extraordinary 10,000 miles over five continents, during seven hand-cycle rides spread out over a three year-period, in an attempt to further raise awareness of climate change issues and the need to save our oceans and wildlife.

We are proud to have been a part of Rob’s Coastline Challenge and look forward to supporting him in his next quest!